by Sanyam Goel & Kevin A. McGrail

Sanyam first came to the ASF as a Google Summer of Code (GSoC) student in 2017; since then he has become a committer and contributor to Apache Fineract and active participant with Apache community initiatives. Sanyam, along with Kevin (a.k.a. “KAM”), a long-time  ASF Member involved with the Apache Incubator and SpamAssassin projects, were selected to represent the Apache Software Foundation at GSoC’s 2019 Mentor Summit.

Google Summer of Code is a global program focused on introducing students to open source software development. Students work on a 3 month programming project with an open source organization during their break from university.

As a part of Google Summer of Code, student participants are paired with a mentor from the participating organizations, gaining exposure to real-world software development and techniques. Students have the opportunity to spend the break between their school semesters earning a stipend while working in areas related to their interests.

About the ASF and GSOoC: “The Apache Software Foundation has been a GSoC mentoring organization every year since the program’s inception. As a mentoring organization, the ASF is able to draw attention and new talent to many of its projects; Apache projects benefit from contributions and galvanize new community members by mentoring students; and students have an invaluable opportunity to gain experience by working directly with the individuals behind Apache projects. This, in turn, enriches the Apache community as a whole, and furthers the ASF’s mission of providing software for the public good.”

At the ASF, GSoC is overseen by Apache Community Development (“ComDev”), the committee that welcomes new participants to the Apache community and mentors them in “The Apache Way”. Former ComDev VP and Google Summer of Code administrator Ulrich Stärk, along with Apache OpenMeetings VP and GSoC mentor, Maxim Solodovnik, helped lead the ASF’s participation in GSoC this year, with the support of numerous Apache community members.

As we gear up for Google Summer of Code 2020, we wanted to take a moment and share some of the experiences from last year’s GSOC!

In Google Summer of Code 2019, 23 students were selected by a careful analysis and ranking.  17 students successfully completed their Google Summer of Code projects with the support of 45 mentors spread across dozens of Apache projects that include Allura, AsterixDB, Beam, Camel, Fineract, Gora, Kudu, Mnemonic, Nemo (Incubating), OODT, SpamAssassin, and more.

Quick Report on the GSoC 2019 Numbers for Apache.org:

Sanyam and KAM were lucky enough to be selected as the delegates of the Apache Software Foundation for the GSoC Mentor Summit & the 15th GSoC anniversary.

On 10th March 2019 we got our invitations from Google: “You have been invited to be a Mentor for The Apache Software Foundation in Google Summer of Code 2019”.

With this invitation, there comes a huge pool of responsibilities to mentor students.  For Sanyam, it was his first time to provide mentorship at such a great level and to drive the complete project with the college student.

Sanyam: “By providing the complete guidance throughout the GSoC Period at the same time, though I had provided mentorship to at the university level to juniors in college. I also learned to manage the project and how to play the role of project lead to fulfill the project with the timelines with the student.

I was really excited to meet Google Open Source team in person and Kevin A. Mc Grail (KAM) along with 332 mentors from 162 organizations and 42 countries to share their ideas about open source and to discuss their experience of GSoC 2019. I would like to thank Ulrich Stärk and Maxim Solodovnik for serving as an organization admin for the ASF community.”

Day 1 of the summit is started by checkin into the Marriott Hotel, where we met the Google OPSO team just near the entrance and reception of the hotel.

Google OPSO team was very welcoming and welcomed every mentor by providing a Goodie bag along with a mouth watering sweet.

At the reception, we met Mario Behling from FOSSASIA community along with mentors from various organisations like Mifos Initiative, SCoRE Labs and DBpedia where we talked about the pocket science project.

Then we all headed to lunch, where we met dove into the discussions about the OSS and how umbrella organisation manages the student applications to select the students for Google Summer of Code.

GSoC Mentor Summit started with the opening reception dinner along with opening notes from the Google OPSO team which lead to a small game named as person scavenger hunt which had a sole purpose to connect and meet the mentors from different organisations and to interact with them to discuss more about open source with some drinks and food. 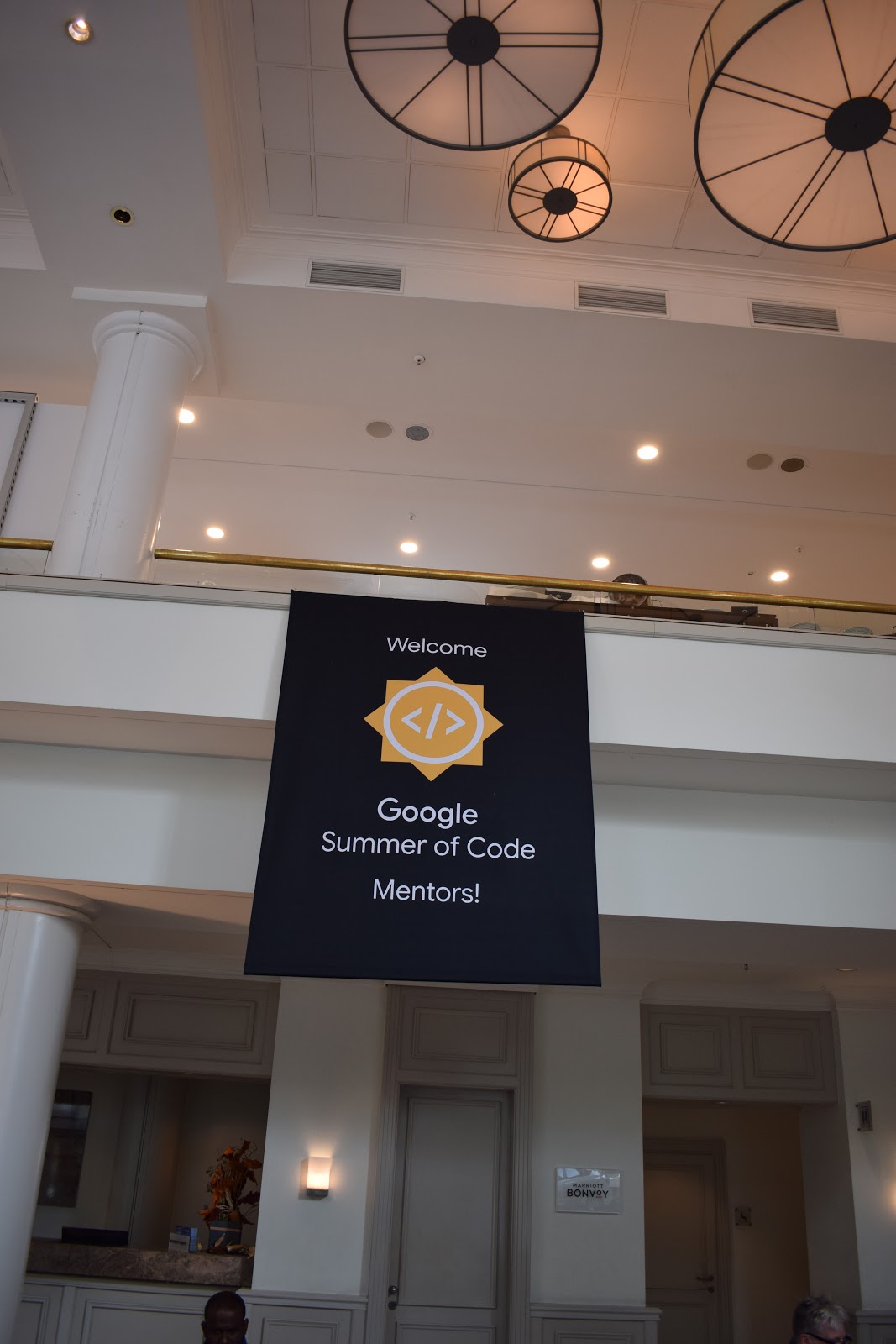 On the celebration of the 15th anniversary of GSoC, Google allocated an extra day this year at the mentor summit for fun activities like Castle tour and City Scavenger hunt.

Sanyam participated in the Scavenger hunt where some group of mentors had to explore the city on their own to find the clues and the top 2 teams got the prize. Sanyam was lucky enough to be with the winners team. And some mentors like KAM went for a really nice castle tour thanks to our host, Google.

The day ended up with informal conversations among the mentors over dinner and games in the ballroom of the Marriott.

Day 3 was one of the most exciting days at the event. We had a lot of sessions organized by different organisations in the form of an unconference, which is “a loosely structured conference emphasizing the informal exchange of information and ideas between participants, rather than following a conventionally structured programme of events.”

After lunch, all the mentors and the Google OPSO team gathered in a lawn just outside the Marriott for a group photograph. 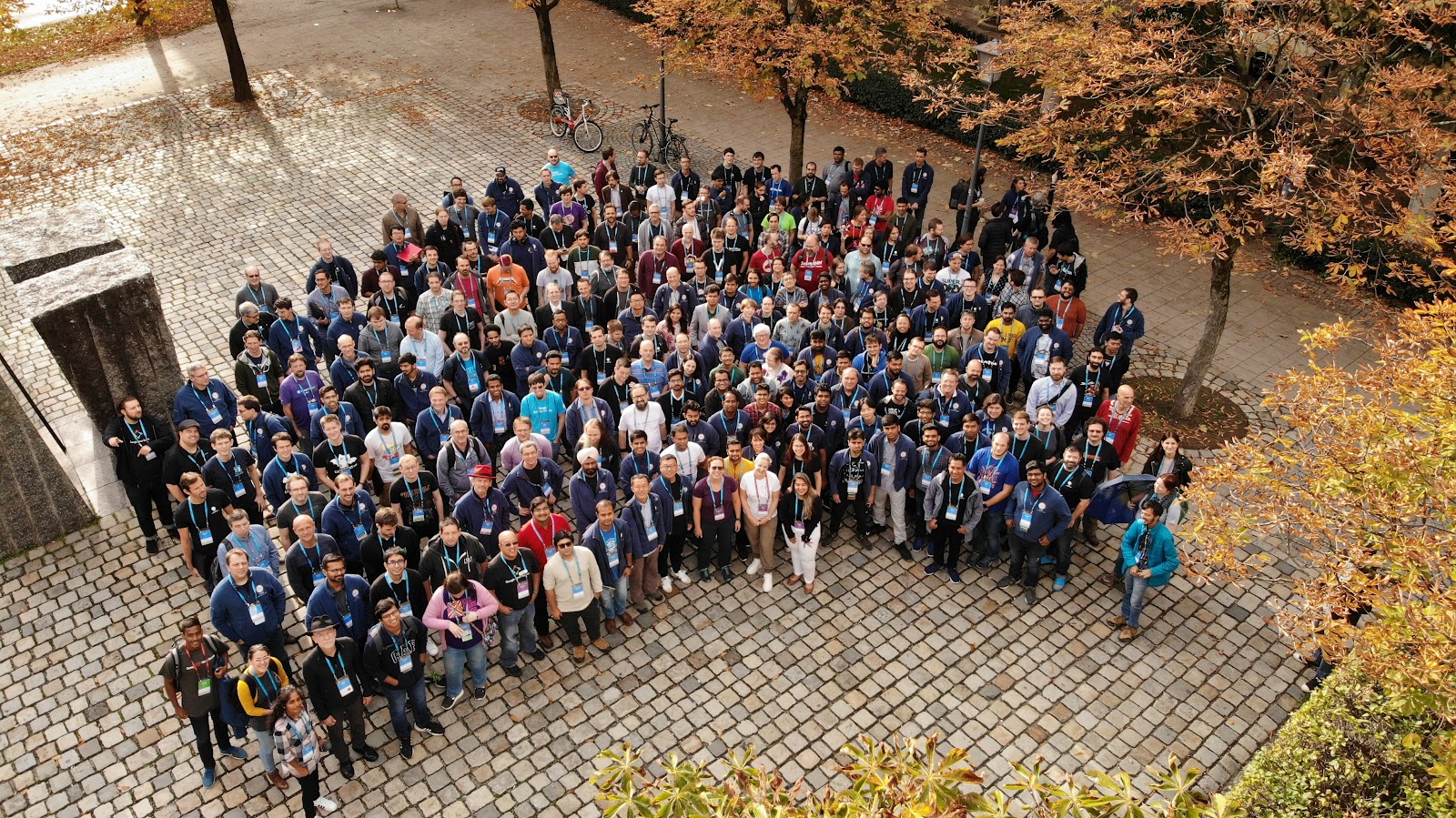 The Fundraising Session (Presented by Kevin A. McGrail)

Intro to licenses and why we need them

After attending all the talks, we also discussed how to retain students after the completion of the GSoC period.

After the last lightning talk we all managed to spend some more time together to enjoy dinner, playing foosball, making funny poses on the photo booth along with enjoying the famous chocolate room (Oh, did we forget to mention about the famous chocolate table? This year, Google managed to have a complete room of chocolates!) where mentors across the globe shared the local country chocolates with each other!

Unfortunately, it was the last day of the mentor summit. The day started with continuation of lightning talks where Sanyam and KAM almost managed to attend all the lightning talks and got to know more about the other GSoC organisations and their amazing projects from GSoC 2019.

We attended some more unconference sessions on the following topics

Breaking the barrier for the newcomers

Then we all headed for the final lunch of the summit.  By this point, most of us knew each other and some are planning to extend the trip by visiting some other cities, or some are planning to return back to their home countries. We all gathered for the closing session and all mentors had made a great network of cool people in the open source community!

We have also met a lot of mentors who were previously GSoC students. We had a lot of discussions about the experiences of being a student as well as a mentor, what motivated them to become a mentor and how they’re contributing to their community. 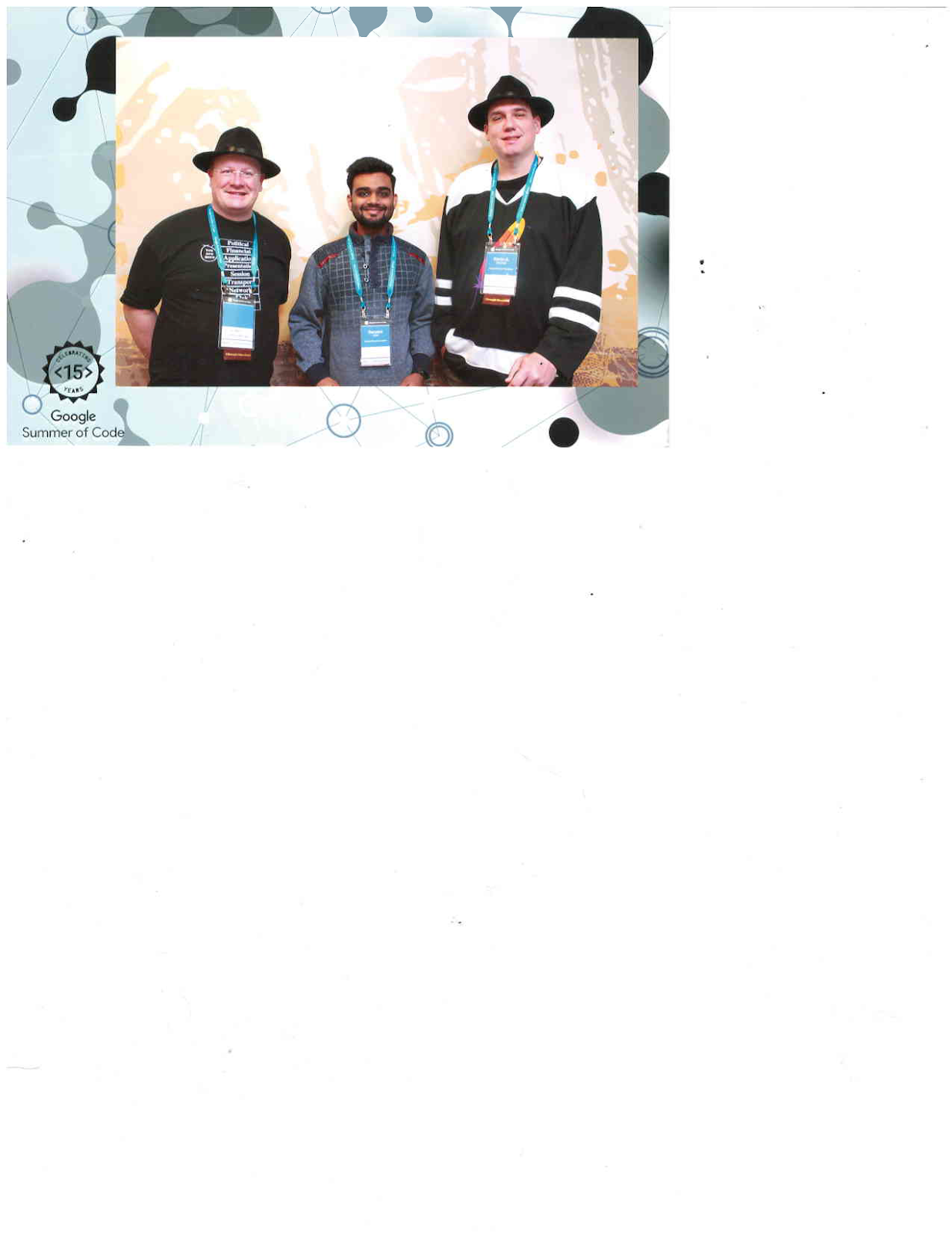 Overall, it was one of the lifetime experiences for every representative. The trip was full of memories and we got to learn so much, we also made new and special friends throughout the summit.

The GSoC Mentor Summit-2019 was a wonderful experience and we would like to thank the Google, The Apache Software Foundation, and once again, the ASF GSoC Organisation Admins, Ulrich Stärk and Maxim Solodovnik and the event hosts from the Google Open Source Team.

GSoC 2020 is underway now and we are just gathering project ideas and mentors.  Students looking to get involved, please see http://community.apache.org/gsoc.html

Sanyam Goel started his journey with ASF by participating in GSoC 2017 as a student and continued contributing actively to OSS, currently serving as a committer of Apache Fineract. He also participated as a mentor in Google Code In and Outreachy programs for Mifos Initiative and DIAL community and always keen to spread the word about OSS to create an impact around the globe and focus on reducing the barriers for newcomers into OSS.

Kevin A. McGrail, better known as KAM, is a VP emeritus of the Apache SpamAssassin project where he has battled spammers for years.  In addition to helping the SpamAssassin project, he has served as in the office of treasurer and fundraising for the Apache Software Foundation.  He is also a member of the Apache Incubator project where he mentors new projects at the ASF including echarts, IoTDB & brpc. In his $dayjob, he works at InfraShield.com doing cybersecurity for critical infrastructure.

“Success at Apache” is a monthly blog series that focuses on the processes behind why the ASF “just works” https://blogs.apache.org/foundation/category/SuccessAtApache